THE DOUBLE HELIX
The Double Helix is a joint musical collaboration between 2 DJs: Randy Bettis & Jonathan Porter. Each is an accomplished mixmaster in his own right. Randy & Jonathan have over 40+ years of history & deep friendship between them. When you put them together in the DJ booth, it is truly magic. Double Helix sets are not planned but grow organically from the DJs’ passions of the moment. They don’t see the back and forth format as a competition but rather as an opportunity to share & learn from each other. In tandem, they listen, absorb and respond to each other’s choices in order to shape and guide a unique journey for their audience.

RANDY BETTIS
Having had a successful career as a Broadway gypsy (CATS, Guy & Dolls & Miss Saigon) and in various commercial and TV specials, over two decades ago Randy Bettis make a life-changing leap and transitioned into a club/event DJ; evolving further into a music producer/remix artist.

From mega-events of thousands to intimate house parties, Randy has been among the some of the most sought-after mixmasters in the dance-music industry. Since launching this career in 1997, Randy has established an impressive track record with 15+ residencies, 13 commercially released compilations, scores of remixes, and has played in some of NYC’s most legendary clubs (Limelight, Sound Factory, Stereo, Splashbar) as well as holding guest residencies at clubs around the US and the world-famous Pavilion on Fire Island NY. Career event highlights include playing at the Heritage of Pride Dance On the Pier 19; the Saint-at-Large’s New Year’s Day Party, Black Party and Halloween Party; the Miami White Party and Winter Party; David Flower’s Summer Camp; the Pines Party; Dancing on the Bay; White Party Palm Springs and a decade’s worth of events at Disney World including many Gay Days & One Magical Weekend’s Riptides.

Randy and composer/arranger David Boyd form the artistic force behind BETBOYZ, creating Billboard chart-topping remixes for such exciting artists as Billy Porter, Inaya Day, Taylor Dayne and many more. Additionally, Randy and David have remixed or produced music for a variety of theater, film and web streaming projects

Having previously been heard on the radio at GayRadioLive.com, SIRIUS, and EnergyFM, Randy is currently on the DJ/Producer roster on the popular internet dance music radio show EAGLEradio.PRO.

JONATHAN PORTER
Born just outside of Boston, Jonathan Porter grew up in a home saturated with music, thanks to a father who is a classical clarinetist and saxophone player. A childhood full of concerts and operas led right into teenage years buying early disco 12 inches for bedroom listening (and dancing). The eighties were spent between London and Chicago, captivated by the rich musical culture of each city. Moving to New York in the early nineties, Jonathan was quickly captivated by the intense, euphoric and lush instrumental sounds he encountered on Fire Island and at the Saint-at-Large parties.

Jonathan spent the next several years diligently and joyfully learning the ropes while spinning weekly for a family of enthusiastic and equally musical friends in their Fire Island house—dubbed “Fool’s Paradise.” Having spent the past 2 decades spinning at a multitude of events & clubs, ranging from private loft parties to Low Tea at the Blue Whale; the Center Dance, and Sea Tea up to The Pines Party and the closing set of the 2007 Pier Dance, Jonathan still plays regularly at mostly private events.

Depending on the audience, Jonathan spins sets ranging from sexy lounge grooves and deep progressive house to playful high energy vocals and soaring trance epics. His choices are driven by the desire to move, inspire and uplift his audience and his sets are crafted as cohesive musical narratives. Regardless of the occasion, Jonathan’s fundamental motivation remains as it was in the beginning: to share with others the music that brings him such joy. 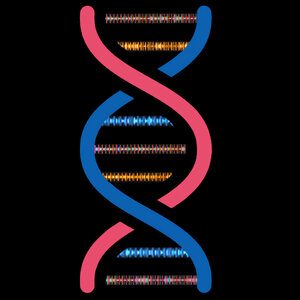