A DJ with over 20 years of experience, who grew up in London where he was inspired to start mixing vinyl after listening to pirate radio stations during the early 90s and falling head over heals with House music. Two years after he got his first pair of decks he went on to win the competition for best new DJ of the year at the 1500 capacity Atlantis club in 1999.

Since then he progressed on to playing regularly at numerous clubs, bars and parties around London and also played weekly on 2 pirate radio stations and headlined at Notting Hill Carnival (London) for the Disco Hustlers' stage. He also spent time traveling around Brazil immersing himself in the music, culture and the warmth of the people he met in the hugely diverse country where he headlined at a number of clubs and large outdoor events there.

He now lives in Barcelona where he has become a regular on the club circuit playing at a number of the most recognized venues across the city and went on to co-found and run the highly successful daytime House music event ‘Paradisco’ and has been resident DJ at Ice Bar Barcelona for the past 5 years.

With his passion and skill for DJing and his ability to read and respond to the crowd, you can expect his dancefloor shaking sets to see him crossing many styles, always keeping it groovy and working with the crowd to include House, Techno, Progressive and Tribal beats, weaving in a handful of classics, inspired by his deep-rooted love of underground electronic music. He thrives on diversity and is just as comfortable playing a laid-back afternoon beach bar set as he is playing a peak-time 4am set in a warehouse. 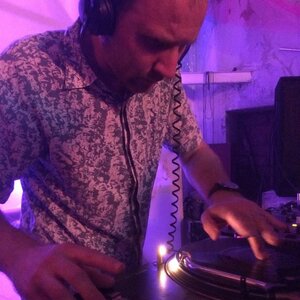