Born just outside of Boston, Jonathan Porter grew up in a home saturated with music, thanks to a father who is a classical clarinetist and saxophone player. A childhood full of concerts and operas led right into teenage years buying early disco 12 inches for bedroom listening (and dancing). The eighties were spent between London and Chicago, captivated by the rich musical culture of each city. Moving to New York in the early nineties, Jonathan was quickly captivated by the intense, euphoric and lush instrumental sounds he encountered on Fire Island and at the Saint-at-Large parties.

Jonathan spent the next several years diligently and joyfully learning the ropes while spinning weekly for a family of enthusiastic and equally musical friends in their Fire Island house—dubbed “Fool’s Paradise.” Having spent the past 2 decades spinning at a multitude of events & clubs, ranging from private loft parties to Low Tea at the Blue Whale; the Center Dance, and Sea Tea up to The Pines Party and the closing set of the 2007 Pier Dance, Jonathan still plays regularly at mostly private events.

Depending on the audience, Jonathan spins sets ranging from sexy lounge grooves and deep progressive house to playful high energy vocals and soaring trance epics. His choices are driven by the desire to move, inspire and uplift his audience and his sets are crafted as cohesive musical narratives. Regardless of the occasion, Jonathan’s fundamental motivation remains as it was in the beginning: to share with others the music that brings him such joy.

Jonathan is additionally one half of a joint musical collaboration with DJ Randy Bettis called The Double Helix. 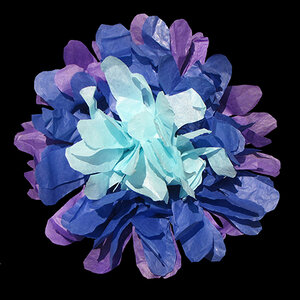